The SAP Inside Track was the reason for my first visit to the city although it took place just on the outskirts. It seems as if I´ve been in Hannover more often than in Berlin. I am an occasional ABAP programmer with reports that fortunately rarely go live (if they do so it is usually with beads of sweat on my forehead). The SAP Inside Track is as an opportunity for getting new as well as maintaining existing contacts. Unlike other SAP or DSAG events, the atmosphere at a SIT is more familiar and less hectic.

What really appeals to me about an SAP Inside Track is that all lectures follow each other and take place in the same room and without the need of a microphone. Thus, there is no escape from subjects that one might avoid at other conferences.

If I had to choose between the different presentations I would certainly pick „Test Automation in an agile world“ by Giovanni (done in an enviable perfect English, hats off!) as I am also dealing with this topic. At the same time I would have probably missed „The Hitchhiker’s Guide To The Legacy“. That would have been a pity, not only because it definitely makes sense to see further than the end of one’s nose but also because Laurens, from the Netherlands, is really a great presenter as well as a great entertainer. It was interesting to hear about the programming and delivery of ABAP add-ons with the AA kit, as well as getting an insight into other hype and fringe areas, such as the „Cloud first“ approach, a test automation modeled with eCATT and the PowerShell or  taking a look at functional programming.

My personal highlight of the day: Appearing as a keynote speaker

After attending two Inside Tracks in Hamburg I was invited by Enno and Sascha to Hannover this year to speak about the keynote „It’s Runtime!“. Honestly, I had absolutely no idea how that would be received by the audience as this speech was different to any I have had before. Talking complete nonsense for 20 mins, packed into a more or less serious story and supported with pseudo-scientific findings of the virtual Matjes Institute for Gallop Simulation was a completely new experience to me. I was extremely relieved when we dissolved the prank in the afternoon and everybody laughed.

Having fun with horse race betting and lunch break snack

The idea of Enno of giving away the sponsored SAP PRESS books after betting on virtual horse races was brilliant. The SAP Inside Race Track was perfectly prepared. However, it was not planned that a horse wins both races. I urgently need to own this horse!

Another great fun was the pizza order which was delivered in standard containers without labels. Upon opening the boxes one had to engage into a brief conversation with „Is this your pizza or mine?“ „Are these mushrooms or pieces of pineapple?“ I call it pizza small talk. By the way, did I order and if I did what was it? A good opportunity in case you forgot to order ;-)

The SAP Inside Track at the premises of the Inwerken AG was really first-class organized with great participants who all have different emphases as well as passion about their topic. I liked the fact that not everything was taken too seriously. Unfortunately, I could not attend the pre-conference evening event because I had to feed the horses. Somehow,this should be somehow automated  next year. Any ideas?

Since 2015, Marco Krapf has been one of the system administrators for the SAP Solution Manager systems of the Otto Group IT in Hamburg. Before that he worked as a winemaker in the south of Germany. No matter what job – the most important thing for Marco is to have fun on every single day. 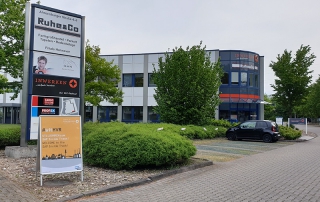 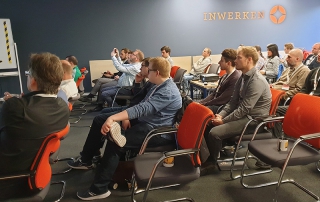 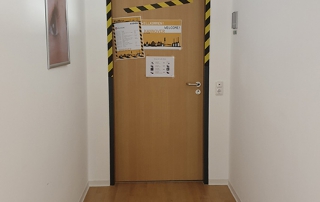 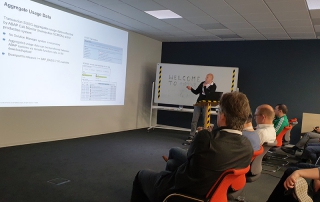